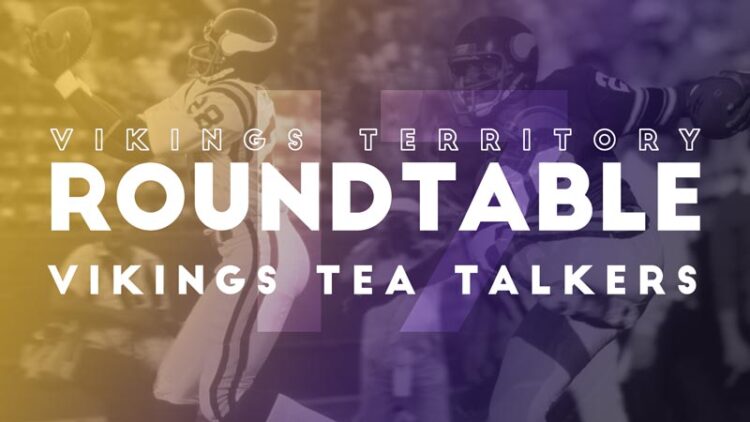 Welcome Back to the VT Roundtable!

The team once again gathers around the table to talk a variety of different Vikings topics. This episode features a five-man squad consisting of ever-optimistic Austin Belisle (@austincbelisle), ever-pessimistic Drew Mahowald (@DrewMahowald), ever-charismatic(@NeumSamN), ever-rational Adam Warwas (@vikingterritory) and the ring leader Brett Anderson (@brettAnderson87).  The group discusses whether or not they’re buying Michael Floyd’s kombucha story and joins Zimmer in his recent self-reflection to determine areas the head coach can improve. Things are wrapped up in entertaining fashion when the team picks what current Vikings player they’d want to be with on a deserted island.

Check out Episode 17 after the jump and subscribe to the Vikings Territory YouTube channel to ensure that you never miss a VT Roundtable discussion, the latest installment of Bump & Run or and other VT/TV videos!