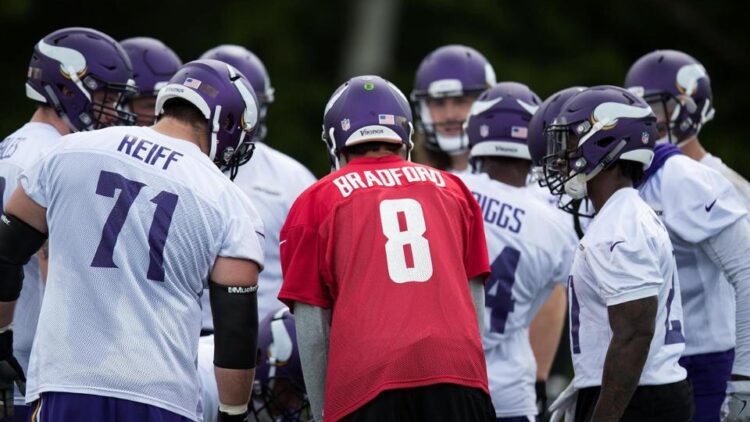 It’s so strange rooting for the Minnesota Vikings. It’s kind of like a roller-coaster ride with all kinds of ups, downs, turns, jerks, and twists. Just when it looks like nothing but sunny skies ahead, the ride suddenly steers you the opposite way in the blink of an eye.

Few examples of this phenomenon are better than the 2016 season. A blazing 5-0 start had the Vikings atop all significant NFL categories. They looked like a Super Bowl team, and it’s only normal that the Purple and Gold faithful started to behave like it.

Then, every offensive lineman and his dog tore an ACL and the rest is history. The Vikings limped their way to a deflating 8-8 record and left their fans with mixed emotions heading into 2017.

Was the 5-0 start legitimate, or was it a fluke? Did Minnesota add enough ammo to its offensive line in the offseason? How much of an impact will key departures such as Cordarrelle Patterson and Captain Munnerlyn have on the team?

At some point between the end of the 2016 season and now, you’ve probably asked yourself: How optimistic should I feel about the Vikings in 2017?

Now you have your answer — The Skol Scale.

It’s easy. The Skol Scale is a device with a scale from 1-10 that measures the level of optimism Vikings fans should feel on a week-to-week basis. The device takes into account all things pertaining to the team, from injuries to recent performances and upcoming opponents.

The device will weigh the good and the bad over the course of each week. Then, it will calculate a number on the 1-10 scale, with half numbers also a possible result.

The device’s first calculation will provide fans with a preliminary optimism measuremeunt before training camp kicks off in the next couple of weeks.

The Skol Scale has picked up on several positive factors weighing into its first measurement. They include:

The Skol Scale has also included a few negative factors into its first measurement. They are:

The device decided that its positive factors carry slightly more weight than its negative factors. The Vikings defense was mostly dominant throughout the 2016 season, despite the disappointing 8-8 mark. Minor issues in that stout group do not affect the device’s measurement all that much.

However, according to the device, the Vikings’ fate will ultimately be decided by the level of improvement shown by the offensive line and the ground game. A full offseason for Bradford and Shurmur should definitely help those issues, but how well the new acquisitions can perform from Week 1 will decide how much the Vikings compete in 2017.

And based on the additions made by general manager Rick Spielman to address those concerns, the Purple and Gold faithful have reason for cautious optimism. For now.