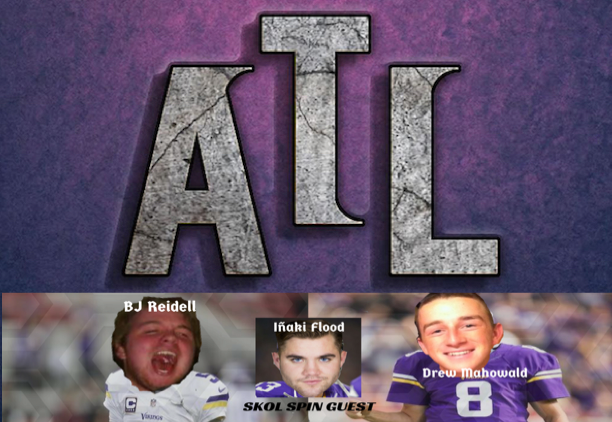 BJ Reidell and Drew Mahowald return extremely well rested from their weekend off with a sizzling hot 68-minute About the Labor Special centered around the most important position in sports, the quarterback.

WHAT IS SKOL SPIN?

At the conclusion of most shows, a contestant will be offered a piece of negative Vikings news from the week and asked to “spin” the story into something positive as it relates to our favorite Minnesota football team. A couple minutes will be allotted for as thorough of an explanation as possible, and then the two ATL hosts will offer the participant a score (Scale 1-5) and reasoning for their decision.

We waited. And waited. And waited. At long last a random ATL listener finally broke the ice with the first Skol Spin recorded by a listener in show history. Current law school student and University of St. Thomas (St. Paul, Minn.) graduate Iñaki Flood gives his spin on a “report” from Bleacher Report’s Jason Cole stating beloved quarterback Teddy Bridgewater will miss all of the 2017 season while recovering from injury.