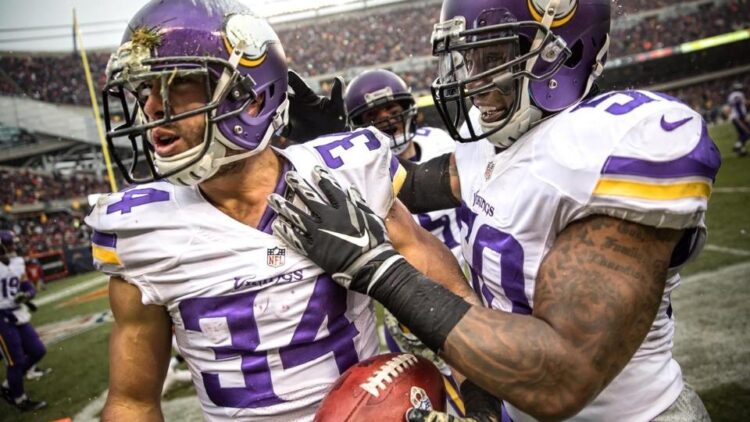 By all accounts, last week was a tough one. Outside of the Vikings’ sobering loss to the Detroit Lions, we witnessed the gut-wrenching event in Las Vegas and the death of music legend Tom Petty. Like much of the country, Vikings fans are in mourning, once again attempting to move forward after a crippling turn of events.

Dalvin Cook, the team’s most electric rookie running back since Adrian Peterson, is done for the year after tearing his ACL. Cook is undoubtedly the team’s best back, and his loss has left many Vikings fans pondering if the team can even compete without him in the lineup.

For whatever reason, it seems the football gods keep creating reasons for the Vikings and their fan base to give up hope. Yet, despite the all-too-familiar news for Minnesota’s football team, there are multiple reasons why the franchise can’t, and won’t, back down.

Latavius Murray has become the Vikings starting running back. Last week against Detroit he rushed for 21 yards on seven carries after Cook was injured. The 6-foot-3, 225-pound Murray still has a sore ankle from offseason surgery, but he’s expected to play a great deal going forward. Tonight will be Murray’s first real test in purple.

Jerick McKinnon will also see more playing time. With Cook’s injury, the shifty McKinnon now has the opportunity to prove whether or not he’s worthy of an extension this offseason. Stevan Ridley, whom the Vikings picked up on Thursday, was released today so receiver Michael Floyd could be activated.

The Vikings must continue to see improvement from the offensive line and passing game in order to establish a balanced offensive attack. The passing game, which has been a pleasant surprise throughout much of the first quarter of the season, will receive a boost (or two) tonight.

Despite the adversity the Vikings have already experienced this season, they must continue to move forward as a team. Remember, with unity comes hope.