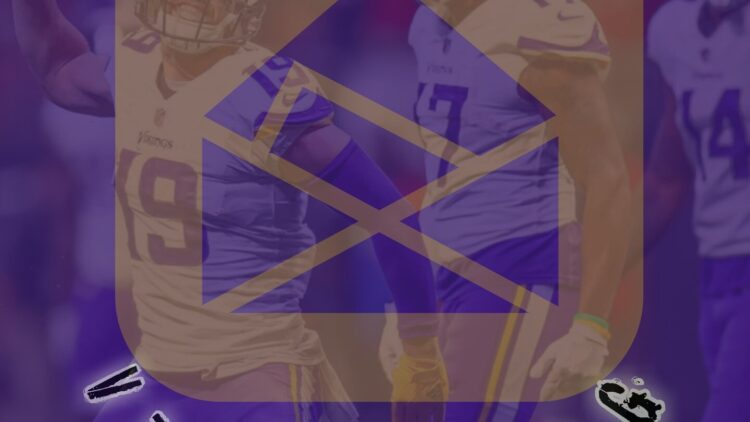 If I rapid fire 5 questions will you make a Vikings Territory mailbag all for me? Let's test the theory as I have plenty. #1: I always worry after successful seasons we will lose coordinators. Any chance we lose Shurmer or Edwards to HC and what can we do to stop that? #VTMailbag

Ask and you shall receive — I hope you enjoy this, Derek. Also — big shoutout to James Boogaard for designing the fantastic featured image of this article.

“I always worry after successful seasons we lose coordinators. Any chance we lose Shurmur or Edwards to HC and what can we do to stop that?”

There is always a chance, but I don’t personally see a good reason for Pat Shurmur to leave Minnesota right now except for money. He’s 52 years old and was previously a head coach with the Cleveland Browns from 2011-12, finishing the tenure with a 9-23 mark.

He has a boatload of great pieces to work with right now in Minnesota, so why test the market when he could potentially make more money as an offensive coordinator? I mean, I’m not certain that’s true, but it’s entirely possible. Plenty of coaches — Norv Turner most recently as it pertains to Minnesota — decide they’d rather be a coordinator than a head coach. The job is more football-oriented, requiring fewer press conferences and more X’s and O’s.

Some guys just like that more, and while I don’t personally know where Shurmur stands on the matter at this point, I don’t think it would make sense for him to leave Minnesota with things going as well as they are right now.

“Do you think Spielman will try to sign Teddy AND Case given how well Case has played?”

Absolutely. Wouldn’t you? Again, I don’t know how realistic it is because it’s very, very difficult to evaluate what type of market Teddy Bridgewater would have in free agency.

If he doesn’t play at all this season, pursuing teams will have leverage on him, making it that much more likely he returns to Minnesota on a team-friendly deal, which, in theory would allow them to also pay Case Keenum something in the neighborhood of the $15 million per season mark reported by Chris Tomasson of the St. Paul Pioneer Press on November 25th.

Where are the Vikings going to get that money, you say? Well, Sam Bradford’s cap hit was $18 million this season, per Over the Cap, so … you tell me?

“Any chance Jet returns given our other RBs?”

I’m going to use the same cliché once again — there is always a chance.

So, to start, Latavius Murray is playing on a deal that allows the Vikings to get out from underneath it after this season. I think it’s a toss-up regarding which of Jerick McKinnon and Murray is more valuable to the Vikings given their difference in skill sets.

But, with Dalvin Cook being a likely candidate to return from his ACL tear in Superhero form, I could see the Vikings re-signing McKinnon and parting ways with Murray. Or the reverse, whichever fits the team best next Spring.

“Who are main targets in free agency given we should have lots of cap room? Any major resigning or restructures for people with years left on contract?”

This is a very difficult question to answer in early December, but I’ll give you three names that would both look great in purple and gold as well as come at a low rate relative to their ability:

Down year playing on a one-year contract? Yes please.

Minnesota native dealing with some off-field issues. He’d be a bargain and has plenty of talent. Former 5* recruit that fell to the 7th round due to character issues. He went on to start all 16 games as a rookie for the Buffalo Bills, but Henderson has only played 11 since due to multiple suspensions from smoking dope … which he was probably “using” to combat Crohn’s disease.

Courtesy of @MylesGorham85, Eagles TE Trey Burton is a name to watch for the Vikings in the offseason. Fits perfectly as a flex TE2, young (26 y/o), looking for his first deal after his rookie contract. Lots of upside.

“Who do you see us re-signing this year in general? I hope Newman plays until 45 tbh.”

Pretty relevant GIF, in my opinion.

“Who is your favorite all time Viking and why? Before my time but I’d say Alan Page due to being a defensive NFL MVP plus he is an academic who played football, a rarity these days.”

I have been waiting for someone to ask me this question because I love answering it. I think I’d probably answer it differently every single time, which, in my head, tells me the answer is as clear-cut as it can be. My favorite Minnesota Vikings player of all-time is Sidney Rice.

I graduated high school in 2010, so my senior year was the same season that Brett Favre and Co. reached the NFC Championship game. It was an absolutely fantastic year from front-to-back. Not only were the Vikings unbelievable, but our high school squad won the state championship that year.

It was just a special time for me to be alive, and Rice was a humongous part of that. He was so damn dominant. Favre would throw him up in one-on-one coverage and nobody could stop him. I have vivid memories of his three-touchdown performance against the Dallas Cowboys during the postseason, and I remember being almost in tears when he left for Seattle following the 2011 campaign.

I totally understood the move, however. That second Favre year was a disaster, and Seattle was on the up-and-up. He made a business decision, and I think it was the right one. I was thrilled to see him get a ring after watching him come up justtttttttt short in Minnesota. Gregg Williams, man.

I can’t quite explain what specifically it is about Rice that made me appreciate his game so much, but, man, I loved watching him play and wish he could have been a Viking forever. He could very easily be the reason I’m here today, answering all these questions from you guys.

… which makes it all the more special to me that Mike Floyd decided to wear No. 18 when he returned home this year.