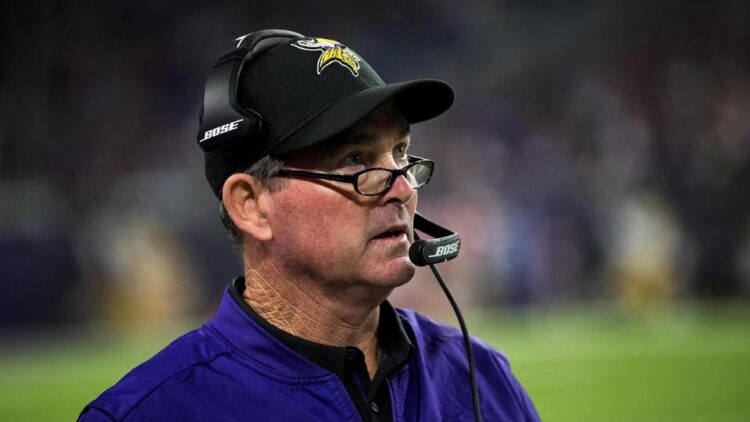 A week after limiting the NFL’s No. 2 ranked offense from a season ago in the New Orleans Saints, the Minnesota Vikings are facing another tough challenge in Ben Roethlisberger and the Pittsburgh Steelers, who were the No. 7 ranked offense in 2016.

Loaded with obvious superstars in running back Le’Veon Bell and receiver Antonio Brown, slowing down both will definitely be a tall task. As witnessed on many other occasions though, Vikings head coach Mike Zimmer loves facing potent offenses and the challenges they present.

Being matched up against the Steelers is not unfamiliar though. In his time as defensive coordinator of the Cincinnati Bengals (2008-2013), he was forced to see them twice a season.

In his Wednesday press conference, Roethlisberger mentioned that the Vikings defense has many similarities to the current Bengals. With so many weapons offensively, what should be the game plan that Zimmer uses to slow down their explosive offense on Sunday?

One of the Steelers’ worst statistical outputs of last season was during the 2017 AFC Championship game against the New England Patriots. They had success through the air, finishing with 314 passing yards, but they struggled running the ball, collecting only 54 yards on 20 attempts.

Analyzing and assessing this information from that game, I took an in-depth look at what exactly Patriots defensive coordinator Matt Patricia did to limit the Steelers offense.

Facing arguably the best running back in the NFL in Le’Veon Bell, gap discipline and integrity are a critical emphasis. Whatever gap you are assigned to in the defense on that particular play, you absolutely must stick to it.

Gap discipline will be huge. Let Le'Veon dance behind the LOS all he wants to. Just hold down your gap and tackle him when he gets there. pic.twitter.com/PnOKDFqVRP

Bell has a tendency of dancing in the backfield, even at times coming to a complete stop before choosing a hole to run through. The key is to allow Bell to dance behind the line-of-scrimmage while maintaining your assigned gap.

Defenders must not over pursue or completely commit to him because he will run directly to the space that they voided. Once Bell decides to run through a gap, the defender(s) that are in that particular gap must wrap up and make the tackle.

One thing that cannot happen is linebackers being over-aggressive and guessing on gaps that he will hit. DeAngelo Williams is the running back in the example below, but imagine in this particular instance if Bell was the one sprinting through the hole.

And this is what you can't do. LBs can't guess on gaps vs. the run, because they'll make you pay. Must be discipline. pic.twitter.com/9KDChUIm63

Linebacker play against the Steelers is almost the exact opposite of what you normally expect of a typical linebacker. Against this type of a running back, the Vikings linebackers have to play slow.

By this, they must allow Bell to come to them, opposed to just running through and plugging gaps. One wrong guess can result in a big gain. The last thing that they want to do is give Bell confidence, especially coming off of his Week 1 struggles vs. the Cleveland Browns.

The biggest keys to slowing down their rushing attack will be gap discipline, not over-pursuing Bell and not having a lot of missed tackles.If the Vikings defense is able to fulfill all three tasks, then they will be in position to quiet one of the league’s best rushing attacks.

Throughout league circles, it is no secret how great a passing game the Steelers operate. Led by Roethlisberger and Brown, both players are at the top of their games, but there also is another weapon in Martavis Bryant that consistently gives defense coordinators headaches.

Coming off a year-long suspension during the 2016 season, Bryant adds another another dangerous dimension alongside Brown.

Despite Roethlisberger throwing for 314 yards and a touchdown, Patriots defensive coordinators Matt Patricia’s plan was very successful. Limiting Brown to just 77 yards should be seen as a win. Week-in and week-out, it seems as if he is guaranteed to finish with at least 100 yards receiving.

Patricia took the approach of forcing Pittsburgh’s No. 3 receiver, Eli Rogers, to consistently make splash plays on every offensive drive in order to beat them.

Implementing a lot of “Cover 1” coverage schemes into his game plan, Rogers finished the game with seven catches and 66 yards. Cover 1 is a scheme with defenders playing man-to-man coverage and using a free safety as help in the middle of the field.

As exemplified below, instead of having the safety in the middle of the field, Patricia heavily shaded him to the side of the field that Brown was on.

NE played some Cov. 2 man from time-to-time. Still forcing Rogers to make plays from the slot though. pic.twitter.com/0sDDIxx3q4

The superstar receiver is known for his ability to generate explosive plays. To prevent this, the Patriots double covered him with cornerback Malcolm Butler all while giving him safety help over the top just in case Brown was able to shake loose from his initial coverage.

Once the Steelers realized that Patricia was double covering Brown every play, they then began to scheme ways on how to get Eli Rogers open.

This is a nice play design to defeat man-to-man-coverage. From a bunched set, the Steelers are trying to create confusion between the two defenders guarding Rogers and tight end Jesse James (No. 81).

Running a vertical route, James’ sole purpose on this play is to shield the defender that’s guarding Rogers. He does a tremendous job in freeing him up for a big gain. This is just one of many examples that Steelers offensive coordinator Todd Haley called in order to get the ball in Rogers’ hands.

For the Vikings, this would be ideal. If Zimmer is able to force Haley to find ways to get the ball in Rogers’ hands, then the game plan was a success. The team has to find a way to limit Brown’s production and force the third-year receiver to consistently make plays.

Tramaine Brock, who the team acquired in a trade with the Seattle Seahawks, is expected to make his debut this upcoming Sunday after missing the season opener with a groin injury.

Zimmer should double shadow the Steelers receivers, meaning each of Minnesota’s cornerbacks is strictly assigned to follow one person on offense no matter where they are aligned in the formation.

Matching up Xavier Rhodes with Antonio Brown and putting Brock on Martavis Bryant, while also using Andrew Sendejo as the low safety in Cover 1 and Harrison Smith as the free safety over the top of Brown, is likely Minnesota’s most logicial path to success.

A very similar game plan as Patricia, the Vikings are more than capable of slowing down the Steelers offense, but doing so will not be easy. If they are able to properly operate Cover 1, and each defender successfully wins their one-on-one match-ups, then the team has a good chance to start the season with a 2-0 record.