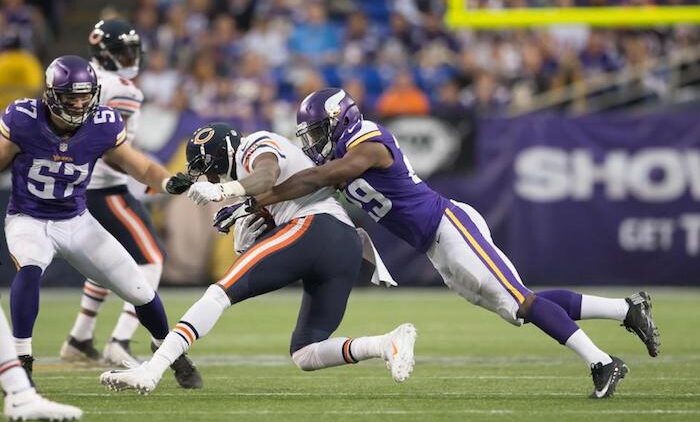 After this Sunday, there will unfortunately be no more Minnesota Vikings football for at least seven whole months. That is truly sad, even to write.

For a team that began the season by winning their first five games, no one could have predicted what has happened since the team’s bye back in Week 6. But for anyone who has rooted for the Vikings in the past 30 years, this season should have not come as a surprise.

Since they will not be making a playoff run this year, Minnesota getting a win over the Chicago Bears this week would be a decent way to end this abomination of a season. A few ways in which the Vikings can make a victory on Sunday possible can be found below.

No more settling for field goals when faced with a 4th-and-1 from inside the 10-yard line. Go for it! What does Minnesota have to lose if they actually fail to convert? Oh that’s right, nothing.

The list of injured Vikings is already longer than a Chinese restaurant’s failed health inspection, so there is no need to make it any longer. If quarterback Sam Bradford begins to take an unnecessary beating from Chicago’s defense, Minnesota should remove him immediately to prevent another nightmare scenario for the offseason.

Coming out of Sunday with no injuries is actually much more important for the Vikings than getting a meaningless win.

Despite the overall struggles of the team in 2016, a few of Minnesota players have had themselves an impressive season. Two of those being wide receivers Stefon Diggs and Adam Thielen.

Each has the possibility of ending this week with over 1,000 receiving yards (Diggs currently has 903, Thielen has 960) and the Vikings should do what they can to make this happen.

Since the game happens to be on the first of the year, a good portion of Minnesota’s fans will likely be recovering from the previous night’s New Years Eve festivities.

Nothing would be worse than for them to sit through another Vikings loss this season. Do the fans a favor and give them a game to remember on Sunday.

A win would be nice too.