A New and Creative Way to Lose 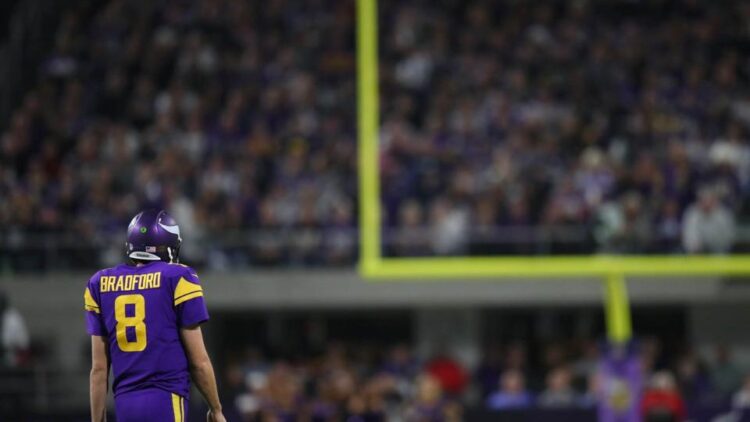 I don’t care what happened afterward. With 10:39 in the fourth quarter, the score was 9-7 and the Vikings had the game in hand. Dallas was punting and the defense was playing out of its mind. All they had to do was not turn it over. All they had to do was keep doing what they were doing; move the ball a little, pin the Cowboys deep, maybe get a field goal or two. They had it.

But then, the guy who never screws up—Adam Thielen—screwed up. He fumbled the punt in the red zone, and Dallas scored on the next play. The momentum that had been slowly built by long field goal drives was promptly sucked out of the building. Even during the final touchdown drive, and the two-point conversion attempt, and the missed facemask penalty on Sam Bradford, it seemed hopeless. They should’ve had it in the bag.

Even as a lifelong Vikings fan, it’s amazing to me how this team keeps finding new and creative ways to blow games. It’s impressive, really.

Wow. That one hurt.

2. It should’ve been penalty.

Officials are going to miss penalties. But boy oh boy, that was a big, blatant miss on the game’s decisive play.

What a drive, but:

It should’ve been half the distance to the goal and another shot at the two-point conversion. No telling if they would’ve gotten it—Bradford airmailed the first one—but the Vikings deserved another shot.

Here’s what I don’t get: you will often hear fans say things like, “the last play didn’t matter. If you can’t do x, y, and z, you don’t deserve to win.” I heard it a lot last night. “They couldn’t score a touchdown all game, couldn’t capitalize on turnovers, gave the ball away when it mattered most…they didn’t deserve to win.” This is supposed to illustrate that a single play (or missed call) doesn’t matter when you commit a number of egregious errors throughout the game. The problem with that is a single play or missed call does matter. Everything matters. No matter how many mistakes the Vikings made in the game, the fact is the officials missed a blatant personal foul call and they should’ve had another chance to tie the game. I’m not saying they would’ve gotten it, but they deserved a chance to get it. I’m just as appalled at the offensive ineptitude as the next guy, but the fact is they did enough to put themselves in that position. And they are owed the fruits of a defensive penalty if one is committed, which it was.

Prescott wasn’t too impressive throwing the ball, as Minnesota’s pass defense was airtight most of the night. But to me, the third biggest story of the game was the way he was able to scramble for first downs and extend drives. He did it a number of times on third down, which is a backbreaker when the team has the play well defended. Clutch plays from the rookie, and another example of something he brings to the table that Romo doesn’t.

Robison only finished with one sack but was disruptive much of the game, and at times looked dominant against the Cowboys’ vaunted offensive line. I would give him the game ball if I had one, which I don’t. Do they give out game balls after losses? Probably not. So the game ball conversation is moot on multiple levels.

Really, the defense as a whole played as well as they had during the five-game win streak, so that’s a glimmer of hope. Dallas broke a few big plays and capitalized on turnovers, and that was most of its offense. The Vikings defense put the team in a very favorable, winnable position.

5. Is there a way for TJ Clemmings to be taken off the field?

At all costs, I try to avoid being necessarily mean, because there’s a person inside of that helmet, and it’s just football. It’s not something I set out to do. But here’s my honest opinion: Clemmings is one of the worst professional football players I’ve ever seen. I don’t believe this is an overstatement. He is completely blown up by the defender on at least half of the passing downs. He is more responsible for the offensive struggles than any other single person.

The problem is, due to the blitz of injuries, there’s really nowhere the Vikings can go if they remove Clemmings from the lineup. I know because I was scouring the roster midway through the game for replacements. As far as I can tell, the only courses of action would be to activate Austin Shepherd from the practice squad, or insert Rashod Hill (a name with which I’m unfamiliar) at left tackle. I would be open to trying either of these options at this point.

I quite enjoyed this tweet. It isn’t that easy, folks.