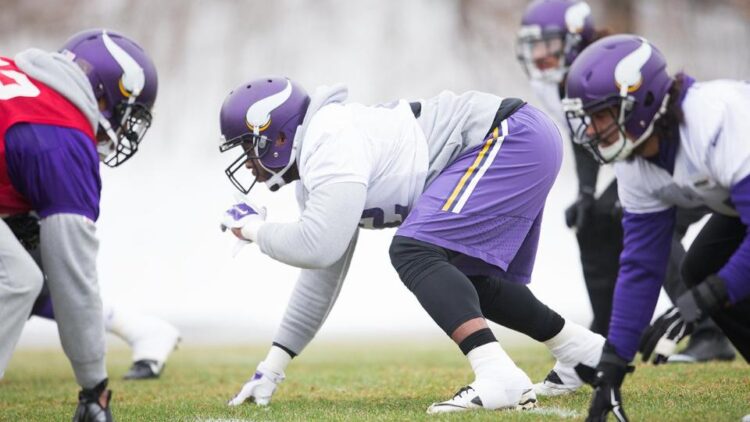 The Minnesota Vikings are near full-health in their most important game of the season, a Wild Card matchup with the Seattle Seahawks. The last time these two teams met, Anthony Barr, Harrison Smith, and Linval Joseph were either injured before the game or left the game early because of injuries. This time around, Mike Zimmer’s defense will be primed to contain Russell Wilson and the red-hot Seahawks offense.

On Friday, the Vikings released the weekly injury report, which listed all but one player as “probable” for today’s game. Defensive tackle Kenrick Ellis is out with an ankle injury, and will be replaced by former practice squad player B.J. Dubose. Below, a look at all of the Vikings’ inactives for Wild Card Weekend:

For the Seahawks, the biggest absentee is Marshawn Lynch, who did not travel with the team to freezing-cold Minnesota. According to NFL.com, Lynch did not board the team plane after suffering a setback in his recovery from an abdominal injury. The Seahawks will replace Lynch with Christine Michael and Bryce Brown against the Vikings in hopes of creating a competent rushing attack; they’ll need to in the sub-zero weather at TCF Bank Stadium.

The rest of Seattle’s inactives include CB Tye Smith, LB Kevin Pierre-Louis, OLs Mark Glowinski and Kristjan Sokoli, TE Luke Willson and DL A.J. Francis. Their absence means little for the Vikings, who will need to focus on pressuring Wilson, protecting Teddy Bridgewater, and getting Adrian Peterson going on the ground. If they can’t do that, they’ll likely be watching the rest of the postseason from home.

Share your thoughts on the game in the comments section below and be sure to check back throughout the day for updates from today’s Wild Card tilt. We’re excited to follow along as the Vikings look to win their first playoff game since 2009!