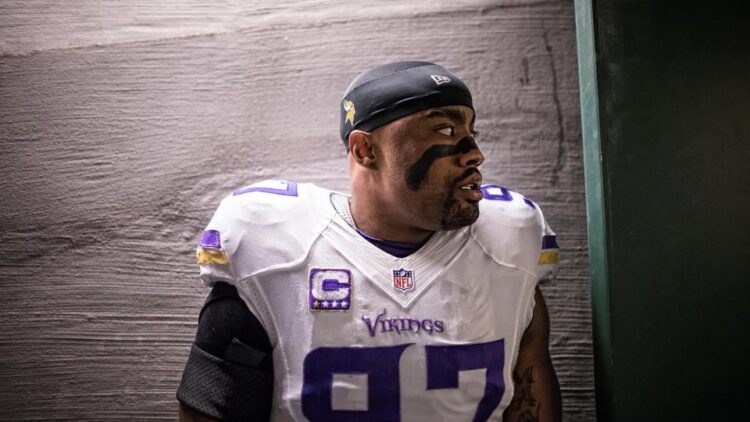 Minnesota Vikings DE Everson Griffen has been named the NFC Defensive Player of the Week after an impressive outing in Week 17 against the Green Bay Packers. Griffen played a critical role in the game with the NFC North Championship on the line and wreaked havoc against Packers backup left tackle Josh Sitton.

Griffen finished the day with two sacks and multiple hurries on Packers quarterback Aaron Rodgers. One of the sacks ended with Rodgers having the ball dislodged from his grasp just as he was throwing the ball, resulting in a Captain Munnerlyn touchdown – a pivotal moment in the game.

The other sack came on a play in the fourth quarter where Griffen refused to give up and was able to bring Rodgers down to force a field goal with just 5:35 left in the game.

This is the third time this season one of Mike Zimmer’s defenders has received NFC Defensive Player of the Week honors and the first time Everson Griffen has received the award. Linval Joseph and Terrance Newman were also recipients this season.

Everson Griffen finished the season with 10.5 sacks, leading the Minnesota Vikings for the second straight year.