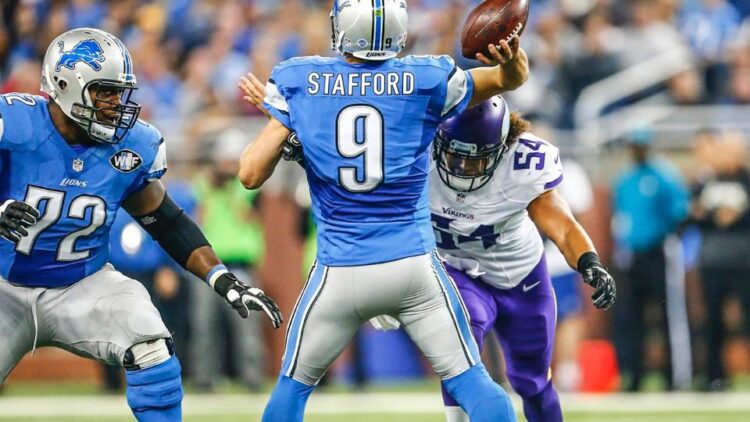 The Minnesota Vikings advanced another week and remained undefeated, and with a 4-0 record they have two more wins to their name than any other NFC North opponent, and the early success gives even the most reasonable expectation of a post-season appearance.

They still have to square off against their NFC North foes in five more contests, however, and considering three of those games will be away from the home-field hospitality of U.S. Bank Stadium it is certainly worth keeping a watchful eye on our closest enemies.

The Vikings have a +10 turnover differential so far in 2016. The defense is fearsome at their worst and downright devastating at their best. The offense continues to play efficiently enough to win and take care of the football, while signs of progression give us hope that things can get better in the near-enough future.

In recent days, one of the hottest topics of discussion within Vikings circles has been the incredible play of Xavier Rhodes that left one of the league’s best young wide outs pouting behind a career-low stat line. For that reason, it should be intriguing to watch Odell Beckham Jr. and his cohorts take on the Green Bay Packers on Sunday Night football less than a week after they visited Minnesota.

One particular reason that matchup should entertain the masses is the struggles 2015 first round cornerback Damarious Randall has had so far this season. In Week Two, against the Vikings, he was mostly responsible for allowing Stefon Diggs posting 182 yards and a touchdown on nine catches.

I’m not sure that essentially saying “the wide outs aren’t that great, I’ve just been that terrible” is necessarily encouraging, but Randall is certainly up for a challenge this weekend as OBJ and company again travel to the midwest looking for redemption against a lesser opponent.

If you want to be taken seriously in the NFL you have to be able to beat the worst teams, and the Bears are one of the worst teams this year without a doubt, but the results of last week’s game are downright perplexing (at least it was to me).

The other thing you have to do to be taken seriously is to be able to play the game of whack-a-mole that is the NFL injury cycle well. The Lions roster simply isn’t deep enough to account for the injuries they’ve encountered early on this season.

Both Ebron and Ansah are already expected to be out against Philadelphia on Sunday in Detroit. This level of hurt certainly won’t help their odds of beating the unbeaten Eagles and my money is on the Lions soon being 1-4 and turning their attention towards the 2017 NFL Draft.

That “somehow” might simply be that Brian Hoyer has been a more efficient and effective quarterback than Jay Cutler was. Hoyer moved well within the pocket, kept Detroit honest with rollouts, evenly distributed the ball, and Chicago head coach John Fox essentially told the press that he won’t go back to Cutler as long Hoyer is playing this well.

“I think it’s performance-based,” Fox said of that inevitable decision. “So anybody that’s performing well, I don’t think we’re going to be likely to change.”

Wide out Kevin White’s trip to injured reserve this week puts a damper on the sudden momentum that the offense gained against Detroit, no doubt, but there would be no better way to keep it rolling than to be the latest team to topple Andrew Luck and the Colts this Sunday.