Vikings Facing off Against History with Bradford Trade 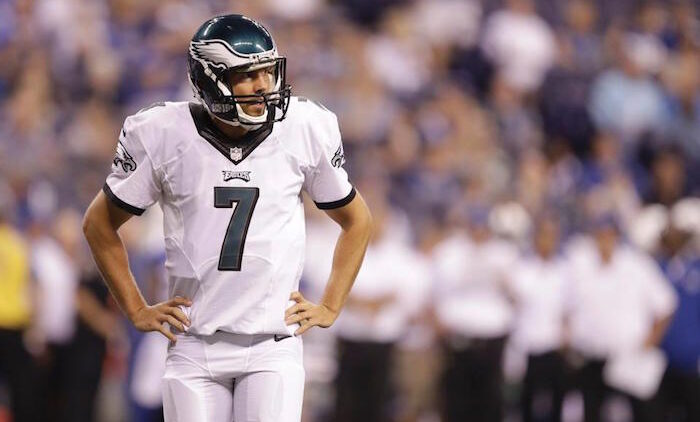 In a move that some may consider a bit desperate, the Minnesota Vikings traded away a 2017 first round draft pick and an additional 2018 fourth round pick to the Philadelphia Eagles for quarterback Sam Bradford on Saturday. Apparently, the Vikings felt they needed to do something drastic to achieve success this season after losing quarterback Teddy Bridgewater for the entire season to a knee injury less than a week ago.

Bradford is just the sixth quarterback since 2001 to be dealt to another team in exchange for a first round draft selection. The five who preceded him include Carson Palmer, Jay Cutler, Matt Schaub, Drew Bledsoe, and Trent Green.

Of those five quarterbacks, absolutely none of them made the playoffs in their debut season with their new team. Will Bradford be the first?

Some think he will and there are a few reasons to believe why it could be possible.

In regards to each of these quarterback’s situations, Bradford may be the one that landed with the most talented team of the six. Of the team’s that acquired these quarterbacks, Minnesota is the only team that made the playoffs during the previous year.

Ok, so what about these quarterbacks’ second seasons with their new teams? Well, the results look to be a bit better.

Of the five quarterbacks traded before Bradford, two (Palmer and Cutler) made the playoffs in the second season with their new team. So if the Vikings do not make the playoffs in 2016, they would seem to have a little better chance at getting there next season according to these numbers.

These results do seem to make a some sort of sense, given the amount of time it can sometimes take for a team and a new quarterback to get acclimated with one another.

For Bradford, he has definitely been traded to a team whose talent level is higher than anywhere he has played during his entire five-year NFL career. Will his play be elevated by being around more skilled players in 2016?

We will just have to wait and see.

All statistics provided by pro-football-reference.com unless otherwise stated.