Vikings “Underdogs” That I Expect Big Things from in 2015 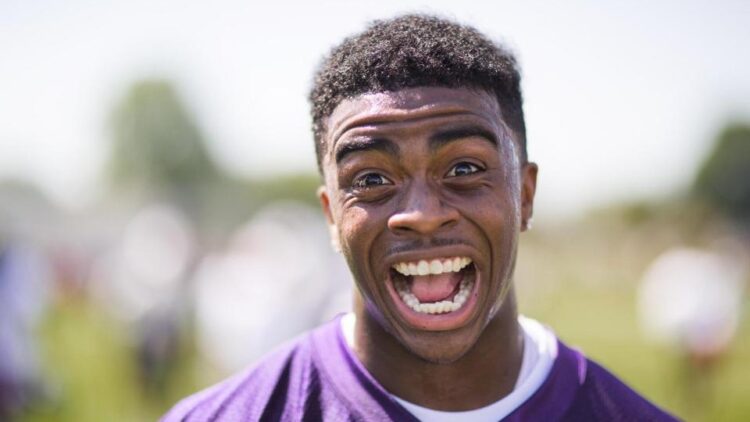 Antone Exum, Jr.
It’s no secret that the Vikings don’t have a hard-and-fast guarantee at safety other than Harrison Smith. Smith has been a top roster member since joining the team, and as long as he stays healthy, you know he’ll stay put in the starting lineup. Who will play opposite, him, though?

Although it looks like Robert Blanton is currently first in line as he got plenty of reps with the first team during OTA’s, Exum, Jr. had some impressive plays last season and could definitely be in the running to play across from Smith. I have some issues with Blanton’s tackling, and I wouldn’t say that he’s a shoo-in.

Zach Line
With Jerome Felton heading to Buffalo (I still wonder if he regrets that decision now that AP will be with the Vikings), Zach Line has a huge opportunity ahead of him. Line is currently projected as the starting fullback for Minnesota, and I’m a believer that he’ll be an excellent fit there. Line impressed me last season, continuing to work hard and fulfill whatever role he was given on the team, including practice squad. The Southern Methodist alum makes an impact at practice, and the Vikings are obviously confident in his abilities to slide into that main roster spot. If Line and Peterson can work well together and build some chemistry, this could be Line’s breakout season.

Jerrick McKinnon
Last year, I wouldn’t have called McKinnon an “underdog.” This season, I do.

Everyone’s pumped about Adrian Peterson coming back, and for good reason, but the downside is that Jerrick McKinnon—and definitely Matt Asiata—are being all but forgotten about. McKinnon has recently made a couple of statements reminding people what skills he brings to the table, and I expect him to follow through with that talk. Peterson will obviously be the No. 1 guy, but I expect McKinnon to have a big 2015 season. In addition, having Peterson back in practice will be beneficial for McKinnon and his development as a player.

“I can learn from [Peterson] about being a professional and coming out here and working hard and giving everything [I] got,” McKinnon said in an interview with Chris Tomasson. “I’m comfortable with whatever role the coaches place on me. I don’t really know what’s going to happen, but I’m not worried about it. …Whatever snaps I do get, I’m going to make the most of it.”

What I like about McKinnon is that he isn’t intimidated by Peterson coming back, and he’s not allowing himself to be rattled by “losing” his spot. Instead, he’s confident about his role on the team.

Adam Thielen
I know I’m a bit biased because I’ve been tooting the Adam Thielen horn for a couple years now, but I just can’t back away from the “hometown kid” story line and the way Thielen has already stepped up to fill a role on the Vikings roster.

There are a lot of question marks surrounding the receiver position moving into 2015 … it’s tough to say what type of production we’ll see from Mike Wallace in his first season with Minnesota, and who knows what will happen with Cordarelle Patterson. You also throw Charles Johnson into the mix, and it doesn’t seem like there’s much room for Thielen. However, he’ll continue to be utilized on special teams, and I think the coaches really appreciate his positive and teachable attitude. He’s been quietly making an impact over the last 15 months or so, and I don’t think the Vikings will hesitate to call on him for a larger role if need be.

Tyrus Thompson
I think it’s too early to predict if Thompson will pull out a starting roster spot, but I definitely expect him to have a role on the team. Some people questioned whether the sixth-round pick would even make the cut, and he certainly looks to do that… and more.

Although he played tackle in college, Minnesota will most likely utilize Thompson at guard; he’s okay with that. The rookie received some reps with the first team at right guard during OTA’s, and he’s ready for any opportunity he’s given.

Although fourth-round pick T.J. Clemmings seems to be the favorite at this point, I expect Thompson to compete for that guard spot. At 6’5″ and 324 lbs, the Oklahoma alum could offer a serious threat to opposing defenses and solid protection for Teddy Bridgewater.