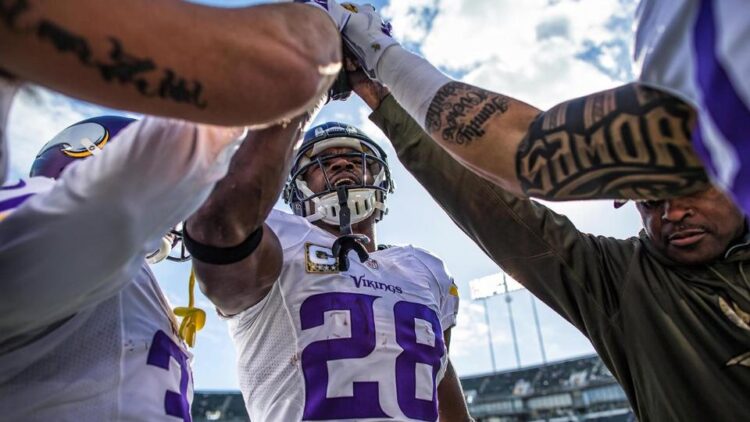 The selection made a lot of sense, at first pass. Turner would likely mentor the soon to be drafted quarterback, had worked with a top tier running back (LaDainian Tomlinson) in San Diego and would serve as a knowledgeable peer to Zimmer embarking on his first stint as a head coach.

Some credit can be given to Turner’s influence on an 8-3 football team, but after the victory in Atlanta, I can’t help but wonder if Turner is the the right man to lead the Vikings offensively.

In 2013, Bill Musgrave was run out of town as offensive coordinator to the vast approval of Viking fans. Musgrave really failed to produce much offensively for the Vikings and moved to the Bay area to help the Oakland Raiders and Derek Carr field one of the more potent offenses in the league.

Remember, Musgrave was hired from Atlanta due to his work with quarterback Matt Ryan and was asked to groom Christian Ponder as a franchise quarterback. That obviously never panned out and you wonder if Musgrave was simply doomed with the wrong 12th overall pick.

Meanwhile, the Vikings are ranked 29th in total yards, 24th in points scored and after starting another game on fire, seemingly fell apart and gave the Falcons more than enough opportunities to send us home 7-4.

So what gives, Norv? No one can claim we’re blessed across the offensive line, but this team is much more talented across each position when compared to Musgrave’s tenure.

It’s difficult to criticize Turner for his use of Adrian Peterson, as Peterson gets the ball plenty and was more involved in the passing game vs Atlanta compared to previous weeks. Remember, however, that Peterson ran the Vikings to the playoffs on his way to 2,000+ yards with Musgrave at the helm. It’s difficult to give Turner a lot of credit for Peterson leading the league in rushing when you could argue Peterson would do the same with any offensive coordinator.

So I pose a question for consideration. Has Turner done enough to retain his job in 2016? I would agree that it sounds kind of crazy to think about firing the offensive coordinator of a first place football team, but are we crazy to presume that Turner is stunting the Vikings’ ascension as a team overall?

When Turner has succeed in developing a flow to the offense, it’s early in games. I don’t know if these are scripted plays that the team spends more time on or if play calling is limited due to game situations, but I am stumped as to why Turner seemingly hits a roadblock on the 3rd drive each and every week.

So let’s give Turner the benefit of the doubt and acknowledged that offenses aren’t perfect. It’s unreasonable to expect an offense to score every drive. Even with that front of mind, how can you explain the curious play calls Norv dials up at what seems like the worst possible time.

This week, it was watching Matt Asiata throw himself into a pile of lineman on 3rd & 5 for three yards. Let’s not forget this was in the red zone with a quarterback the franchise trusts wholeheartedly. Bridgewater had thrown a red zone touch down earlier in the game, but are we not expecting second year quarterbacks to make mistakes when he’s trying to put up points?

If you dive into Bridgewater’s 2nd quarter interception, you notice it was a three step drop with three receivers running deep routes. I realize Turner is looking to max protect Bridgewater to give him a pocket to throw from, but I think it’s terrible to know that and then look to protect Teddy later and take the ball out of his hand when points were at a shortage all game.

Forget today’s strange call on 3rd down, how about the call against the Rams after Bridgewater was knocked out of the game? A bootleg to the weak side with Shaun Hill? I understand that you might send in multiple plays prior to a drive, but you have to a the foresight to know you need to be flexible enough to call the right play.

So the Vikings offense isn’t putting up better stats than the previous regime and it’s apparent that Turner’s decades of experience in the NFL don’t preclude him from bad play calls. If we strip away those facets of the job, is Turner’s role in developing Bridgewater important enough to sacrifice in the other areas?

Of course it’s incredibly short-sighted to boil down what goes into coaching at such a high level, but you have to at the very least acknowledge the shortcomings of the offense thus far.

At 8-3, the Vikings are positioned well for the playoffs and there is much to be happy in the North. As this young team continues to grow, it’s on the offense to take the next step in that evolution and that ultimately starts with with Turner. His inability to find consistency might call into question whether we have the right man for the job.