Females in Football: A Female’s Perspective 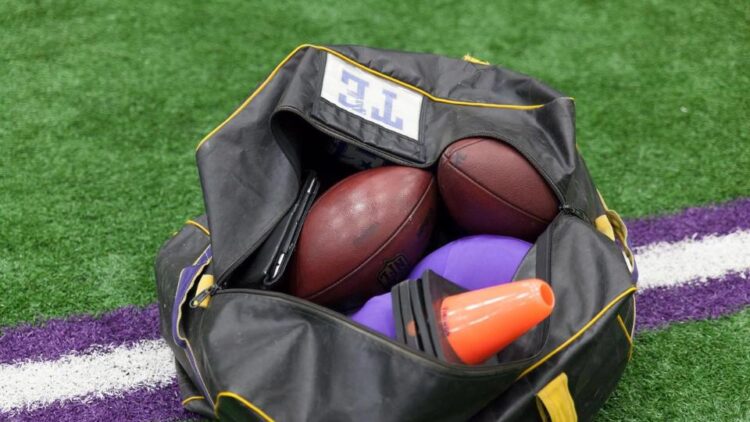 The NFL is entering a significant season in 2015, as the league welcomes its first female official and its first female coach. In April, the NFL hired Sarah Thomas as one of eight new referees on staff. In July, Jen Walter joined the Arizona Cardinals staff as an intern coaching middle linebackers. Although the internship did not end in a long-term position, I would not be surprised if she finds a role soon.

Since the news about Thomas broke, I’ve had a number of people ask me my opinion on these two women pioneering their field. The question is natural, as I am pursuing a career in sports journalism, a field that tends to be more heavily dominated by men. There are certainly more and more women appearing in sports media every day, however, so I cannot draw an equal comparison.

When it comes to knowing her trade, Thomas cannot be accused of being under-qualified or under-experienced. She’s also no stranger to being the first in her field.

Thomas comes to the NFL with experience officiating at the high school level in Mississippi—she was the first woman in the Gulf Coast Football Officials Association—and 10 years later was selected as the first female referee for a major college football game. Thomas was the first woman to referee at a college Bowl game and the first to officiate in a Big Ten stadium.

Thomas, who played basketball at the University of Mobile, found herself drawn to the industry when she followed her brother to an officials meeting.

“It was life-changing for me when I saw that officials took time and pride to make the game better,” Thomas said. “That is what drew me in, especially being a former athlete. And I couldn’t have asked for better training (than in my time as a high school official in Mississippi).”

Thomas comes to the NFL after working in Conference USA. She spent the past two years in the top level of the NFL’s developmental program, working at minicamps for the New Orleans Saints and Cleveland Browns and appearing in preseason games. Thomas said the following:

[pull_quote_center]I’m a female, and I can’t change that. Just because I love the game of football and officiating, I do honor the fact that a lot of people consider me a trailblazer. But as far as being forced into a trailblazer role … I don’t feel that way. I’ve just been doing it truly because I love it. When you’re out there officiating, the guys don’t think of me as a female. I mean, they want me to be just like them — just be an official — and that’s what I’ve always set out to do.[/pull_quote_center]

Most people I’ve talked to casually about Thomas joining the NFL have fallen in one of two camps: (1) over-the-top excited about the significance of the hiring or (2) skeptical and frustrated about the concept of a female reffing in a “men’s league.”

Which camp have I pitched my tent in, you ask? It’s complicated.

As a female, I am thrilled to see both Thomas and Walter finding success in fields they are passionate about and equally skilled in. I’m even happier to see, at least it appears, that they’ve been met with respect by their male co-workers.

As a football fan, I don’t want to see a distraction from the game. I’ll admit it. When the announcement first came out about a female official joining the NFL, I was in Camp Skeptical. I didn’t want to see fans getting even more worked up over poor calls if they were made by “the girl on the field.” I didn’t want to see news stories about Thomas (or any subsequent followers) being harassed by players or coaches or being injured on the sideline. I didn’t want to see Thomas being treated different than any other official.

But the thing is, she doesn’t want that either. Thomas wants to be identified as an NFL referee, and a good one at that. She does not want to be identified or singled out simply because she is a woman. She tucks her hair into her signature official’s hat prior to every game, making it easier to blend in.

And although it may seem initially out of place to fans to see a woman reffing the games, Thomas did previously work as a line judge for NFL preseason games the last two seasons and has also worked training camp for the Browns, Colts and Saints.

“I know I will probably stand out being the first,” she said. “But as far as the players and coaches, I’ve been around for a good little while. I think they know who I am and they just want to make sure I can do the job as an official.”

After learning much more about Thomas and her career, it seems clear that her head is in the right place. She’s not seeking the limelight; she’s simply seeking to advance in a job she loves. She wants this for the right reasons.

But does the NFL want it for the right reasons?

So comes my other concern.

When all was said and done, I wish the timing of Thomas and Walter making these steps would have been different. Considering the issues the NFL has faced over the past year or so regarding domestic abuse, violence and misconduct by players, the timing seemed “too perfect.” I’m not saying that the NFL doesn’t believe these women are qualified; I’m sure it does. But what I’m saying is that the league hired Thomas at a time when it really needed to save face, and especially with females. It seemed like the “right” move to make considering the hot water the NFL was in.

Do I think Thomas was hired as a marketing stunt? No. Do I think the timing could have been different in order to give her the level of respect she deserves? Yes.

At the end of the day, Thomas and Walter succeeded in positions they’re passionate about and in earning respect and acknowledgement from those around them. Although I didn’t have the warm fuzzies initially that people expected, I’ve come to rest at Camp Excited.

I reached out to a few other women who have made names for themselves in the sports industry, and they expressed nothing but mutual enthusiasm for the steps being made this year. Amelia Rayno, Gophers beat reporter for the Star Tribune, said the following:

[pull_quote_center]These are two women who are obviously extremely skilled at and passionate about their crafts, and have rightfully earned their spots in the boys club business of the NFL. At the moment, they are anomalies, but considering the huge — and ever-growing — masses of women who are also passionate and serious about sports, that almost surely will change. These women are inspiring pioneers for a new generation of sports fans with ponytails that have previously only seen ceilings in any dreams of coaching and officiating.[/pull_quote_center]

I will join both Marney and Amelia in saying, way to go, ladies. You deserve it.