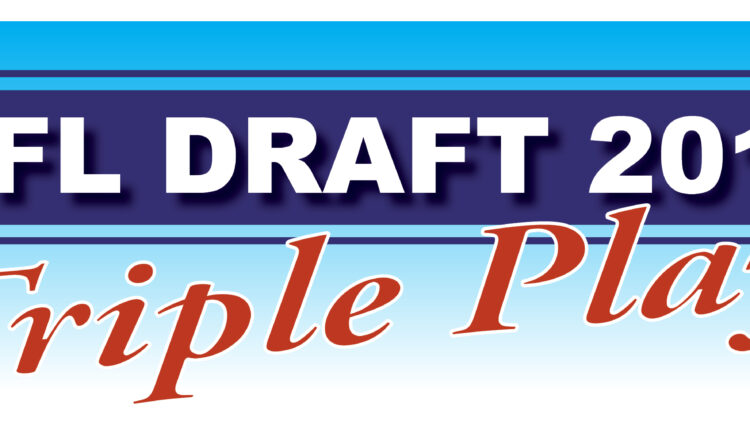 General Manager Rick Spielman and the Minnesota Vikings haven’t been shy about selecting tandem players from the same college team in the same draft class in past history. In 2012, Spielman selected Harrison Smith and Robert Blanton from Notre Dame, Matt Kalil and Rhett Ellison from USC, and Jarius Wright and Greg Childs from Arkansas. The list continued in 2013 when the Vikings drafted Xavier Rhodes and Everett Dawkins from Florida State, Jeff Locke and Jeff Baca from UCLA, and Gerald Hodges and Michael Mauti from Penn State. Last year however, the pattern was broken as the Vikings strategy didn’t include any “doubling up” from the same team.

To make up for missing the mark in that regard a year ago, may I have some fun and suggest Spielman think about selecting three players from one team this weekend; specifically targeting the Georgia Bulldogs?

Georgia RB Todd Gurley has been climbing mock drafts since recent glowing reports about his knee have surfaced. With pick 11, the Vikings are in the cat-bird seat to select him “if” they have a good trade partner or offers on the table for Adrian Peterson. If Gurley and Gordon come off the board early, Arizona, San Diego, or Dallas might be tempted to trade a first round pick or more for Peterson.

Gurley has an elite blend of size, speed and agility. His thick lower body creates tremendous drive and power. Gurley can drag tacklers with his strength, yet also boasts make-you-miss change of direction ability. With an NFL frame and great vision, he hits the hole with good authority and balance. Gurley is an explosive downhill runner who attacks defenders by finishing runs and rarely running out of bounds. He is very reliable with the ball in his hands, only fumbling 3 times in 510 carries. In 2014, Gurley accounted for over 61 percent of his rushing yardage after first contact.

Norv Turner likes to get his backs involved in the passing game and Gurley has soft, natural hands out of the backfield who is also a willing and cognizant blocker. Gurley finished his Georgia career with 3,285 yards on 6.4 yards per carry and 36 rushing touchdowns. He added 615 yards receiving finding pay dirt six times as a pass catcher. Gurley also returned two kickoffs for touchdowns.

With just hours before the 2015 NFL Draft… my bags are packed and I’m ready to jump aboard the Todd Gurley hype train to Minnesota! Gurley is a very special talent and one of the top back prospects to enter the draft in a long time. If it wasn’t for his ACL injury he would be a lock to go in the top 10.

Georgia WR Chris Conley is currently ranked at 118 on Arif Hasan’s Evaluators Board. The Vikings forth round pick, 110 overall, might be a good landing spot for the speedy wideout. With Jarius Wright set to hit the free agent market in 2016, and the questions around Cordarrelle Patterson’s ability to learn Norv’s system, the wide receiver position could be a target, and Conley is one of the most explosive vertical threats in this class.

At 6’2” 213 pounds and a 33 3/4 inch wing span, Conley has the size Norv likes at the wide receiver position. A 4.35 forty-yard dash time and a 45 inch vertical at the combine sent teams buzzing to watch more tape on Georgia’s leading pass catcher.

Conley is a smooth route runner who has a second gear to beat corners over the top. He is more of a vertical threat then an underneath possession receiver. Conely can make the circus catch on the football field, but at the combine, he dropped a few easy ones. Conley ran a variety of routes at Georgia and can quickly find the ball and make adjustment with the ball in the air.

Conley flashes a natural feel for the position and has strong hands and body control to make tough, contested catches. In a run-heavy Georgia offense, he lacks the big numbers on the stat sheet, but his productivity per catch will certainly get the attention of NFL teams.

Conley finished his four years career at Georgia with 117 receptions, 1938 yards, 20 touchdowns and a 16.6 yards per catch average. The big-play receiver registered 29 career catches on third or fourth down. All but two of those receptions resulted in either a first down or a touchdown. Conley averaged more than 18 yards per catch on those 27 late-down conversions. Chris Conley was a very productive player at Georgia. He is structured, disciplined and talented. Vikings fans may not know who Conley is, but Bulldog fans have appreciated his leadership and effort for four years.

Georgia CB Damian Swann is a natural corner who has played and can play all over field. He excels when lined up in the box in nickel and dime package and who was also used as a deep safety at times. He shows good length when pressing and crowding receivers to the sideline. Swann is at his best as a bump-and-run corner playing inside leverage. He is thin but physical in run support. Swann can covered big receivers and tight ends from the slot. Swann blitzes like a heat-seeking missile showing great quickness and burst.

Antoine Winfield was a fan favorite in Minnesota with his physical style of play and ability to blitz from the nickel spot. Viking fans will appreciate Swann’s physicality in the box and his quickness when rushing the quarterback. Evaluators say Swann is too small to be a full time safety in the NFL, and doesn’t make enough plays on the ball or stay in tight enough coverage on wide receivers to be a starting boundary corner. Yet, Swann is versatile and competitive enough to make a roster and fill a valuable role as reserve defensive back and special teams contributor. Ranked at 187 on Arif’s Evaluators Board and 203 on the Consensus Board, he will be a prospect to keep an eye on when the Vikings are on the clock in the seventh round.