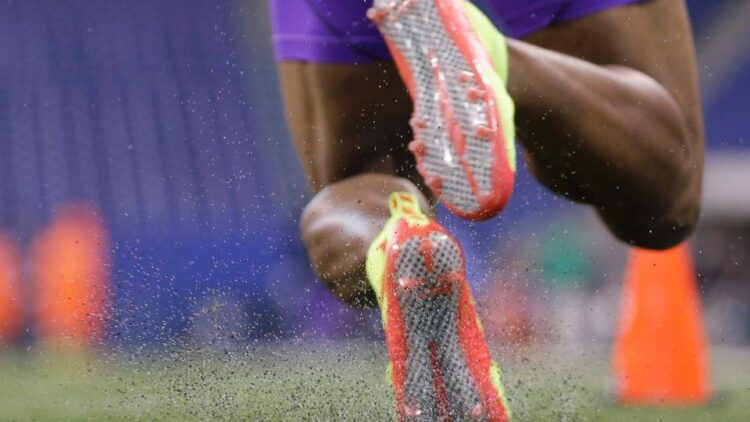 The Minnesota Vikings head into 2015 with one of the league’s best young cornerbacks, but still lack adequate depth at the position —depth which may be addressed late in the NFL Draft.

Xavier Rhodes blossomed in his sophomore season last year, finishing with 18 pass breakups and his first career interception. In Mike Zimmer’s defense, he showed the ability to shadow receivers like Calvin Johnson and Alshon Jeffery while cutting down on “grabby” man coverage techniques.

On the other side of the field, Captain Munnerlyn suffered through his worst season in the NFL. As a free agent signing from the Carolina Panthers in 2014, the 5’9″, 195-pound Munnerlyn was expected to step in and fill a pressing need opposite Xavier Rhodes. Although he finished the season with 2 interceptions, Munnerlyn struggled on the outside, and Zimmer may look to make him a pure slot corner in 2015.

Josh Robinson improved tremendously in 2014, but enjoyed more of a “flash-in-the-pan” stretch of play than a consistent run of quality performances. He was targeted 15 times by Jay Cutler in a Week 10 matchup with the Bears, where he allowed 11 catches for 139 yards and 3 touchdowns. At 5’10”, Robinson doesn’t have the size to win those 50/50 balls, and projects to be the team’s fourth corner in 2015.

If the team is going to find their man opposite Rhodes, it’s most likely going to be through the draft. Players like Michigan State’s Trae Waynes and Washington’s Marcus Peters will be available when the Vikings select 11th-overall, but there is also hidden value in the later rounds. One such player, JaCorey Shepherd, projects to be available on the 2nd or 3rd day of the NFL Draft:

The senior out of Kansas began his collegiate career as a wide receiver for the Jayhawks, hauling in 15 passes for 25 yards and 3 touchdowns in 2011. He started 2 games as a freshman, but transitioned to cornerback in 2012 (sound familiar, Richard Sherman fans?). As a sophomore, he started 3 games on defense, finishing with 15 tackles and 3 PBUs. He flashed excellent ball skills and an ability to track the football in the air, most likely the result of his time as a wide receiver.

In 2013, Shepherd earned Second-Team Big 12 honors after a season that saw him record 45 tackles, 15 PBUs, and 2 interceptions. At 5’11”, 199 pounds, Shepherd has the length to compete with taller receivers in 50/50 situations and the athleticism to make plays on the football down the field.

Shepherd put all of those skills together in 2014, finishing his senior season with 13 PBUs and 3 interceptions. Had he played at a bigger school, Shepherd would be a household name — now, he has the chance to fall into the draft’s middle rounds and surprise many NFL teams.

The Good, the Bad, and the Ugly

Looking at the film (there isn’t much, hence the “sleeper” designation), Shepherd plays with an above-average feel for the ball in the air. Against Iowa State in 2014, he was constantly targeted in man coverage situations, where he used quick, active hands to break up sure-fire catches.

Below, in off coverage, Shepherd mirrors the receiver, using his fluid hips to turn with his man and run down the field. He then turns his head to track the ball, showing off excellent hand-eye coordination to locate the throw and slap it away at its highest point. The quarterback delivers a decent throw, but Shepherd is in perfect position to make a play on the football.

In the next example, Shepherd looks like more of a receiver than a cornerback, elevating to prevent a touchdown in a red zone situation. While the play is impressive, it’s an excellent example of Shepherd’s potential in Zimmer’s defense.

Remember Josh Robinson against the Bears? Maybe you don’t, because he was abused by Brandon Marshall and Alshon Jeffery, but Robinson lacked the length to compete for the ball at its highest point. Here, Shepherd leans on his experience as a receiver, timing his jump perfectly to come down with the athletic interception.

Players like Shepherd can rely on their athleticism in college, but the NFL requires a a mental mastery of coverages and schemes. At Kansas, he displayed an innate understanding or route concepts, often breaking with receivers and using smart angles to recover when beaten down the field.

But, his athleticism also led to some mental lapses, as highlighted in the image below. Those fluid hips I mentioned above have a tendency to “flip” early, giving receivers a chance to turn him around and beat him underneath. Here, he turns too quickly, and the Iowa State receiver makes a quick break inside en route to a walk-in touchdown. Although Shepherd has light feet, he’s not naturally fast, making it difficult to recover against quicker receivers.

Shepherd is also a poor run defender, showing little desire to make an impact near the line of scrimmage. On film, he has a tendency to “hang on” to ballcarriers, dragging them down in an effort to make a tackle. Unlike Xavier Rhodes, Shepherd won’t attack running backs on wide receivers on screen passes — rather, he waits for them, playing the clean-up role in tackling situations.

With that being said, Shepherd is a borderline outside cornerback — he may be more successful in the slot with his size and lack of elite speed. Although this may be the case, he’s a clear upgrade over Munnerlyn on the outside. If the Vikings do draft one of the premier cornerbacks with the 11th-overall pick, Shepherd is still an option in the middle/later rounds. He has the ball skills to make plays on the outside of Mike Zimmer’s defense, and he won’t be expected to start immediately.

Earlier today, Adam and Carl previewed their own sleeper picks. Be sure to check them out and come back next Sunday for more in-depth analysis.