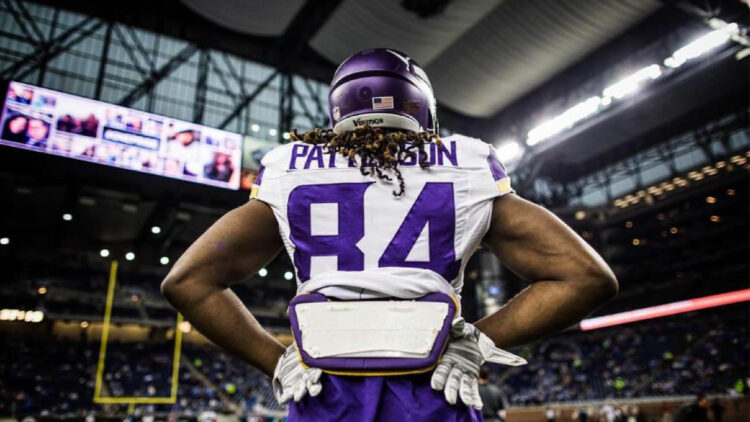 I don’t mean to toot my own horn, but I’ve had Marcus Mariota as the Buccaneers top choice and #1 pick long before NFL Networks Mike Mayock moved him ahead of Jameis Winston in his latest mock.

“The two biggest negatives to me about Winston are the on-the-field interceptions and the off-the-field trust factor,”  Mayock told the Daily News last week.

Yes, I’m sticking with Mariota at #1 in my latest mock, especially after Winston’s former attorney now claims that the 2013 Heisman Trophy winner isn’t ready to be an NFL player “off-the-field”.

I’m also sticking with DeVante Parker to the Vikings at 11, not only because the Vikings need to make sure Bridgewater has a true #1 wide receiver, but it also opens the door for the Vikings to trade Cordarrelle Patterson and get back into the first round to grab a player they covet. In my mock update, it’s CB Byron Jones that they target. Be sure to checkout Jackson McIntire’s scouting report on Jones here.

I’m a huge Cordarrelle Patterson fan. I think he is one of the most dangerous and explosive players in the NFL with the ball in his hands. But it’s no secret that Patterson’s development as a true #1 wideout didn’t go well in 2014 under offensive coordinator Norv Turner.

Does that mean his value has dropped, or that he should only be reduced to standing on the sidelines? I don’t think so.

Unlocking the potential of Cordarrelle Patterson is simply about how you line him up and get the football in his hands. Patterson just needs a little help getting separation. You can waste time trying to coach that up, or you can simply line him up off the line (in the slot or backfield) to help get him his touches.

Norv Turner employs a vertical system and a quarterback that can accurately get the ball down the field. Creating gadget plays out of the slot or backfield for Patterson is not what Turner is all about.

Tom Brady and the Patriots on the other hand know how to create mis-matches to take advantage of short passes that produce yards-after-the-catch. Patterson’s best fit is a team that has the ingenuity to manufacture touches that can lead to dynamic offensive production after the catch.

The Patriots originally traded the Patterson pick to the Vikings in 2013, and you can bet the New England fan base hasn’t forgotten about who they could’ve had.

Don’t shot the messenger on this one! I didn’t create the Patterson on the trading block rumors, but I for one believe his value in the NFL is still extremely high. The knock on him today is the same as it was before the 2013 NFL Draft. So, his value should still be relatively the same, right?