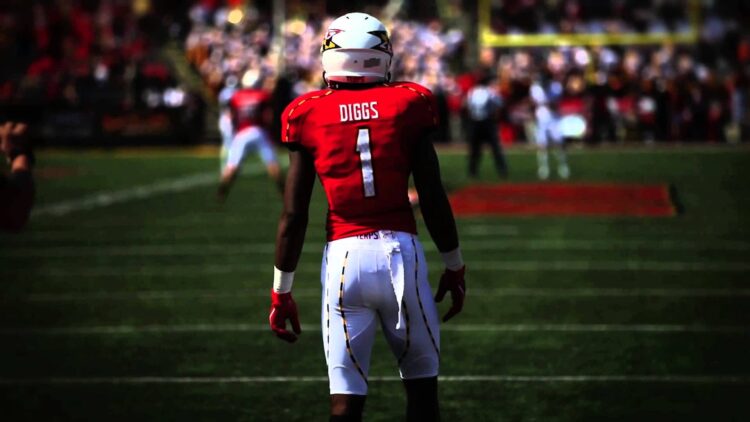 The Vikings finally opted for a wide receiver in the 2015 NFL Draft after disappointing a great many fans by passing on DeVante Parker in the first round.

The receiver they selected in the fifth round with the 146th pick was Maryland wide out Stefon Diggs.

His size of 6′ 0″ and 195 pounds, combined with his strength, is one of the biggest knocks on the kid. However, he projects as a YAC-specialist in the slot and could provide plenty of potential on special teams. He is known for solid route running, good fundamentals, and an ability to gain separation and then do his best work after the catch.

Injuries are a concern with Diggs and he was also suspended for one game after a pre-game altercation against Penn State.

He seems quite likely to begin his career firmly behind Mike Wallace, Charles Johnson, Cordarrelle Patterson and Jarius Wright on the Vikings depth chart.