Fans, Who Should the Minnesota Vikings Draft? 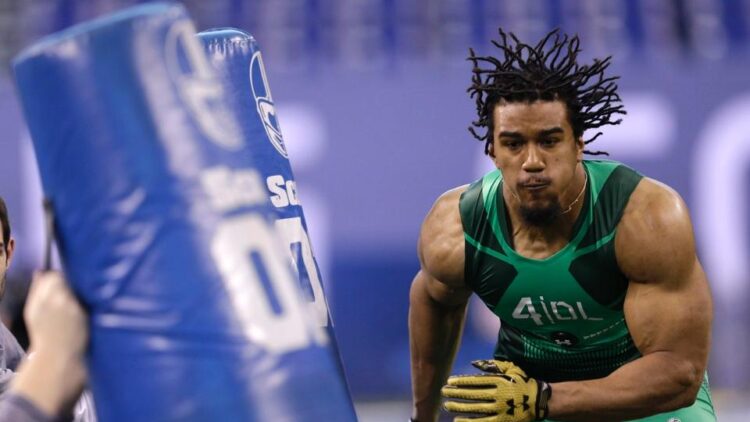 Mock Draft season, a three-month frenzy of “what-ifs”, gives us the chance to step into Rick Spielman’s shoes from February to April. We can speculate free agency moves, predict possible roster cuts, and determine who the Vikings will take with the 11th-overall pick in the 2015 NFL Draft. You’ve read the first edition of our mock drafts, and now, it’s your turn to don “Slick Rick’s” thinking cap.

On Wednesday, I took to Twitter, where I asked Vikings followers who they’d like to see the team draft in April. Some envisioned a DeVante Parker-Teddy Bridgewater reunion, while others imagined a safety tandem of Harrison Smith and Landon Collins. Here are a few of the final results:

Aldo Gandia, founder of the NFC North Bar Room, sees the Vikings adding an explosive wide receiver in the first round. Kevin White is widely considered the best pass-catcher in the draft, and could be gone as early as 4 to the Raiders. That would leave Alabama’s Cooper and Louisville’s Parker as realistic options at 11.

Looking ahead, Aldo predicts that Minnesota will focus on building defensive back depth in the second round. Michigan State’s Trae Waynes vaulted himself into Top-15 contention with a blazing 40-yard dash on Monday, but there are other options in a talented group of cornerback prospects. Washington’s Marcus Peters could fall out of the first round and into the lap of Mike Zimmer, who will certainly address any of Peters’ off-field issues.

Last month, Lindsey profiled Brian on Vikings Territory, giving fans an inside look at his passion for all things purple and gold. Like Aldo, Brian hopes the Vikings give Teddy Bridgewater more weapons on offense. Many believe that Parker and Bridgewater would click instantly, building on their college chemistry to ignite the Vikings’ 28th-ranked passing offense. Bridgewater played with Parker at Louisville, where the two connected for 28 touchdowns from 2011-2013.

Babek, a fellow West Coast Vikings fan, believes the Vikings will trade back and select Landon Collins, the draft’s best safety prospect. Harrison Smith finished the 2014 season as Pro Football Focus’s 2nd-ranked safety, but needs help on the back-end of the defense. Collins is an above-average run defender who has the size to play in the box and the speed to defend sideline-to-sideline. In a rather thin safety class, Collins is head-and-shoulders above his peers — is he capable of starting Week 1?

The conversation is far from over — the first round of the 2015 NFL Draft doesn’t kick off until April 30th. Take the poll below and let us know who you’d like the Vikings to draft: