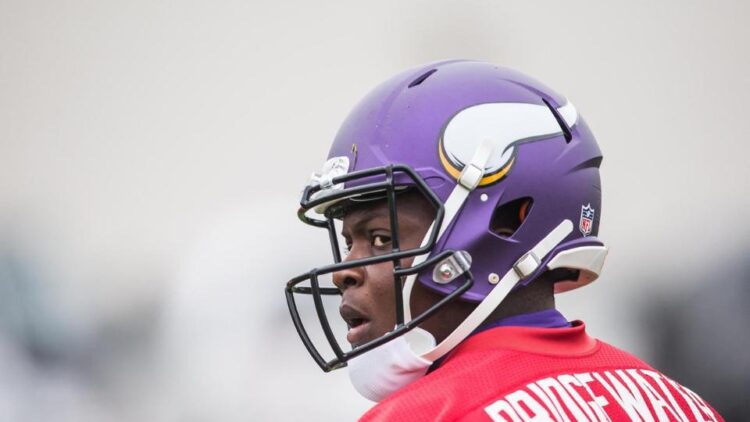 In Minnesota, it’s hard for sports fans to be optimistic. For years, they’ve watched team miss playoff after playoff, or go on to finish seasons with losing records after losing records. It hasn’t been an enjoyable run, but things seem to be getting brighter in the Land of 10,000 Lakes.

At the shiny new Courts in Mayo Clinic Square, Timberwolves rookies Karl-Anthony Towns and Tyus Jones are invigorating the franchise with excitement, buoyed by the early success of second-year player Andrew Wiggins. Down the road at Target Field, minor league call-up Miguel Sano is launching home runs to help the Twins to a 45-39 record. And in the Excel Energy Center, the Wild look to make another playoff run after signing goalie Devan Dubnyk to a six-year contract last month.

But this isn’t a Minnesota Sports site — it’s Vikings Territory! How are things up in Winter Park? Most fans would say they’re great; Adrian Peterson is back, Mike Zimmer is leading the charge, and the defense is finally capable of stopping the offenses of the NFC North. Given the team’s unfortunate history, though, it’s no surprise that Teddy Bridgewater is serving up slices of humble pie, per USA Today’s Tom Pelissero:

Their QB isn't buying the preseason hype… yet: http://t.co/rMDWtwRbnf pic.twitter.com/L6I7QMSQBc

Personally, it’s refreshing to see such a young player handle the pressure so elegantly. For many Bridgewater’s age, the limelight can be a difficult place to live, and he’s proven he’s comfortable under the stressful spotlight — or should I say, “Great Under Major Pressure”? In interviews throughout OTAs and minicamp, Bridgewater’s been deferential, heaping praise on his teammates and attributing the team’s heightened expectations to the coaching staff and front office.

Sure, Vikings fans have had it rough for years, but this may be the season our luck changes. When the time comes, we can celebrate, but for now, I’m comfortable watching Teddy operate like a pro — on and off the field.

And now, some of the most popular Vikings links from around the web!:

And finally, the most important link of the day — Andy’s podcast with Chad Greenway!

As you know, Greenway’s foundation, Lead The Way, provides hospotal patients and their families access to notebook computers, movies and video game systems as part of “Chad’s Locker”.

Vikings Territory, along with Daily Norseman, Vikings Journal, Vikings Corner, and VikeFans, is raising money for this amazing cause, and we need your help! Be sure to CLICK HERE and contribute to the More Than Words “competition” to bring smiles to children throughout Minnesota. We’re well on our way to the $10,000 goal, and we hope to race past it with your support.