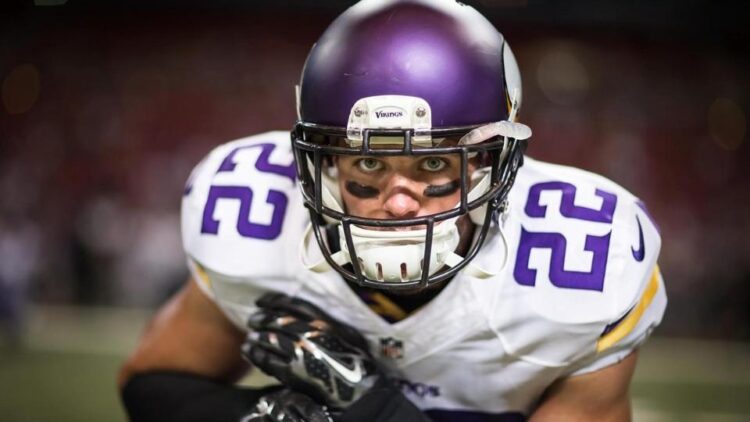 According to Chris Tomasson, the Vikings will pick up the fifth-year options for both Harrison Smith and Matt Kalil. GM Rick Spielman implied earlier that the 2012 draft picks would be re-signed for 2016, but the team made it official Monday morning.

No questions existed about Smith remaining in Minnesota, as he is arguably the top safety on the team and a no-brainer to keep around. In his first three seasons in purple, Smith tallied 192 tackles, 62 assists and 10 interceptions. He also added three sacks in 2014.

Smith played in all 16 games last season; if he stay healthy moving forward, he will continue to play a huge role for the Vikings’ secondary. Tomasson reported that the Vikings plan to work out a longer-term contract with Smith prior to the regular season. Smith has been vocal about wanting to stay with Minnesota, which is great news for fans.

Harrison Smith on extension: “Obviously, I want to be with the Vikings. I want to stay here… That other stuff will take care of itself.”

Kalil raised more question marks, though, as the tackle hasn’t exactly lived up to Top-5 expectations. Although Kalil delivered a decent rookie year, he has been sub-par since.

Our own Adam Warwas wrote about Kalil back in January, offering a glimpse at his numbers. Kalil allowed 12 sacks (worst in the NFL) in 2014 and 55 quarterback pressure tackles. In addition, the tackle committed 12 penalties for 95 yards. Warwas pointed out that many fans continue to search for optimism surrounding Kalil:

[quote_box_center]Others wonder if Kalil still has the potential to be a suitable blind side blocker, where he was solid during his rookie season, and if there is some way he can possibly turn things around in time to save his career in Minnesota.  These same people wonder if being a full year removed from knee surgery, the momentum of a better second half to the 2014 season, and maybe even an upgrade at left guard could be a recipe for a rejuvenated career.[/quote_box_center]

It seems that the front office is in the optimistic camp as well. After all, it is difficult to just waive a player you drafted at No. 4. If the production doesn’t [greatly] improve during the 2015 season, however, the situation could be revisited.

As Tomasson explained, the options are guaranteed only in the event of injury. If the Vikings are unimpressed with Kalil this season and he remains healthy, they could release him following the season.