Minnesota Vikings: Hot or Cold in the Red Zone? 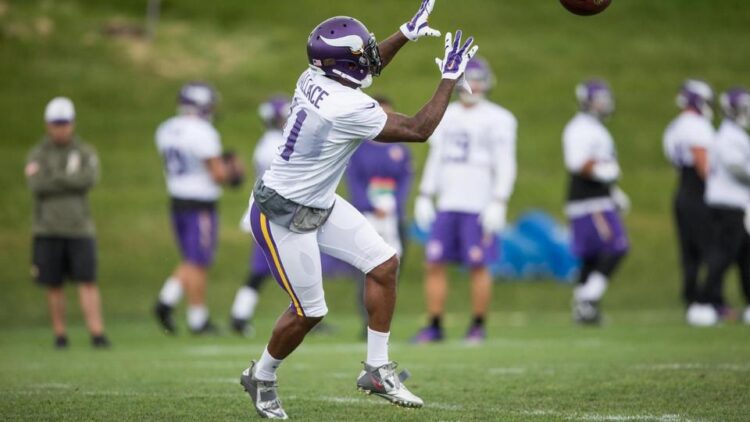 In the NFL, the red zone can make or break teams. Poor play-calling or a lack of physicality can mean the difference between three or seven points, and in most cases, those lost points can spell doom for unsuccessful offenses — just look at the New Orleans Saints, who went 1-of-4 yesterday and ultimately lost to the Arizona Cardinals.

In particular, Teddy Bridgewater completed 73.1 percent of his passes in the red zone and led the NFL by almost eight percent, per Brad Gagnon of CBS Sports. His accuracy and solid decision-making in the short area of the field led to few turnovers (just one interception) and gave the Vikings a chance to capitalize from the 20-yard line in.

Bridgewater’s biggest target, Kyle Rudolph, is finally healthy and has thrived in the red zone throughout his four-year career. On 27 targets, he’s hauled in 13 red zone touchdowns, and that trend should continue as long as Rudolph can avoid the injury bug. Fortunately for Bridgewater, his tight end isn’t the team’s only red zone threat.

Enter Mike Wallace, a receiver known more for his deep speed than his prowess in the red zone. But last season, Wallace thrived, catching nine red zone touchdowns on 20 targets, good for a 45 percent touchdown rate. Bridgewater and Wallace developed strong chemistry this offseason, and the two could connect in the red zone starting tonight against the 49ers.

On the ground, Adrian Peterson makes his return to the Vikings backfield, adding yet another dimension to the Vikings’ varied offensive attack. Throughout his career, Peterson has thrived in the red zone, scoring 64 touchdowns on 299 attempts — good for a 21 percent touchdown rate. He’s joined by Matt Asiata, who scored nine rushing touchdowns in Peterson’s absence last season. Of Asiata’s 12 career rushing touchdowns, all have come in the red zone, giving Norv Turner options at the goal line to keep defenses off balance.

About tonight’s defense, the San Francisco 49ers were one of the worst red zone units last season, allowing opposing teams to score 61.36 percent of the time:

That mark ranked 28th in the league, and that number could get worse given the exodus on defense this offseason. As we discussed earlier, the 49ers lost a number of key contributors, including cornerbacks Perrish Cox and Chris Culliver and linebackers Patrick Willis and Chris Borland.

With inexperienced players in the secondary and up front, the 49ers could struggle to stop the Vikings tonight in the red zone. This may be especially true at cornerback, where the 49ers’ young starters will have to stop the physical Charles Johnson on fades and back shoulder throws. Up front, the Vikings’ patchwork offensive line will need to win the physical battle — a calling card of 49ers defenses of old.

I’ll be watching closely when the Vikings offense crosses the 20-yard line tonight. The matchups in the running and passing game appear to favor Minnesota, and the ever-accurate Teddy Bridgewater has a chance to thrive with his newfound red zone weapons.