Is Teddy Bridgewater Holding The Ball Too Long? 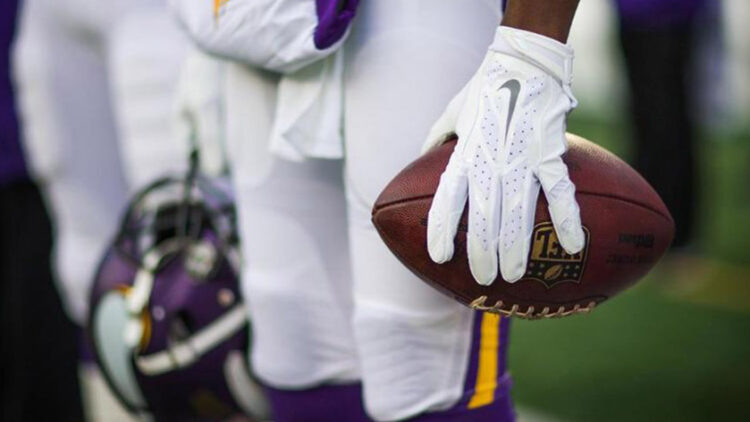 After the way Teddy Bridgewater ended the Vikings 2014 campaign, expectations were sky high for the second-year quarterback headed into this season. Though, to this point, his season has largely been up and down, it’s safe to say his development from year one to year two has likely fallen short of expectations. (Again, the expectations were really high – maybe unfairly so.) This really isn’t a knock against Bridgewater. It hasn’t necessarily been easy for the quarterback who’s working, once again, with a patchwork offensive line, a less than stellar group of receivers and an offensive scheme that focuses heavily on running the ball. But it is the truth: Bridgewater hasn’t been the epitome of consistency this year.

One of the most frequent critiques you’ll find of Bridgewater the last three to four games is that he holds the ball too long. That he isn’t making decisions quickly and sometimes putting his [already poor] offensive line in even worse positions.

This is an easy thing to say. And I didn’t feel it was fair for so many people to be making a blanket statement without really checking its validity. So I decided to take a look myself. As soon as the All-22 of the most recent Vikings game at home against the Packers was available, I made myself a cup of coffee, peeled back my eyelids and got to work. (For the sake of clarity, I am referring to the game played on November 22, 2015 at TCF Bank Stadium.)

Here’s what I found.

Okay, I lied. I didn’t just make myself “a cup” of coffee. It was much, much more than that. Many cups of coffee were had. I’ll be honest – beginning this process, I wasn’t quite sure what I was getting myself into. I thought, “Oh, I’ll just grab a stopwatch and time some of his throws! It will be an hour to two, tops!” However, as I began to make decisions on how I was actually going to extract meaningful data and how I was going to make sense of it all, it quickly became intensive work. I’ll explain my methodology and maybe you’ll see what I’m talking about.

As you’ll see below, I charted each snap Bridgewater took that was not a rushing attempt. (Although, as you’ll likely notice, I did not include the Hail Mary to end to the first half for obvious reasons.) For each one of these plays, I timed Bridgewater from the moment he took the snap to the moment the ball was out of his hands. On plays where the ball was not thrown, Bridgewater was timed from the moment he took the snap to the point where he was sacked or was past the line of scrimmage. Also, if there were plays where it was obvious that Bridgewater tucked the ball and decided to become a runner, I stopped the time then. This made sense because, ultimately, we are looking to see how long it takes Bridgewater to make a decision. Each play was gauged three times. These times were then averaged to accommodate for some expected, albeit miniscule, human error.

I also wanted to record additional information for each play that I thought may be useful later on. Some of the obvious examples are the quarter, time on the game clock, whether the pass was completed and if so for how many yards. But I also logged the personnel grouping, the formation, length of Bridgewater’s drop and detailed notes for each play.

Finally, for plays that had a longer “time ball held” (or “TBH” from this point forward), I wanted to take some frame captures that could be used to illustrate what was going on in the play. Quickly I learned that these would be used primarily to show receiver options and how covered they were at the top of Bridgewater’s drops.

So, here’s the raw data:

Note: If you are on a mobile device, I highly recommend viewing the below table using this link. It doesn’t display very well on phones or tablets.

Making Sense Of It All

So, what does this all mean? Good question. In fact, it’s one I asked myself just after completing my all-night all-22 bender, struggling to keep my eyes open and head throbbing from data overload.

There’s a lot to digest. So, let’s start with the easiest number to understand – the total average time Bridgewater held on to the ball. Insanely enough, this number is a round 3.00 seconds flat. (Which actually kind of blows my mind considering that of the 47 plays measured, none of them were measured a whole number.)

According to a somewhat similar study done by David Giller, a football analytics enthusiast and Vanderbilt University economics savant, in 2013, the average “drop and pass time” of an NFL quarterback is 2.7 seconds. (It’s worth noting here that Giller’s film study was of 2011 film and his dataset was extracted from a PFF article for their “time to throw” signature stat.) Giller also found that the average “time until sack” is 4.3 seconds. Bridgewater’s TBH of 3.00 seconds in the Packers game puts him just slightly above Giller’s average but still well below the average “time until sack.”

When compared against Giller’s average “drop and pass time,” Bridgewater’s performance in the Packers game is neither damning nor favorable. His average time is slightly more than 2.7 seconds while his median is slightly less. However, it seems pretty clear that the raw data alone doesn’t really point to Bridgewater having a serious issue with holding the ball too long.

So, there! Are we all happy now? Yeah, me neither. So I kept digging…

I wanted to compare more closely my findings from this single game of Bridgewater’s against other NFL quarterbacks. One route would have been to quit my job, abandon my family, lock myself in a dark basement somewhere and perform the same study for 3-4 other quarterbacks. (Yeah, no.) Another path was to use data someone else had already given up days (months?) of their time to gather. Hooray!

I found an amazing article by Pro Football Focus where they ranked NFL quarterbacks from the 2013 season by how well they performed for various intervals of time that the ball was held. So, for example, how did the quarterbacks rank by PFF grade when they held the ball for 2.1 to 2.5 seconds? While the PFF grade really didn’t matter much for my purposes, the provided number of drop backs for each interval was very useful. It allowed me to chart the percentage of plays Tom Brady, for example, had where he held the ball for more than 3 seconds. Or what percentage of plays Russel Wilson was able to get rid of the ball before 2 seconds. I could create these same percentages for Bridgewater (albeit for just one game) using the data I recorded and make some comparisons.

Percentage of plays where the ball was held for less than 2 and 3 seconds for NFL quarterbacks. (2013 data used for all quarterbacks other than Teddy Bridgewater.)

As you’d expect, Peyton Manning and Tom Brady topped the list when ranked by the percentage of plays less than 3 seconds. Teddy Bridgewater, though not near the top of the list, isn’t in bad company within 1% of Drew Brees and Tony Romo. Furthermore, Bridgewater ranked higher than Andrew Luck and Alex Smith. 70.21% of the time against the Packers, Bridgewater either had the ball out of his hands (or was sacked) in under 3 seconds. That actually seems pretty impressive.

Percentage of plays where the ball was held for less than 2 and 3 seconds for NFL quarterbacks. Sorted by percent less than 2 seconds. (2013 data used for all quarterbacks other than Teddy Bridgewater.)

After seeing the numbers for other quarterbacks and how they all ranked against each other, I started to ask myself, “Does this really mean anything?” Does any of this make one quarterback better than another? Does it make you a better quarterback if you have the highest percentage of plays less than 2 seconds? After all, by this logic, Andy Dalton should be one of the best quarterbacks in this league. Matt Cassel has comparable percentages to Tom Brady. Russel Wilson, a Superbowl-winning quarterback, finds himself at the bottom of both lists. Is it possible that there are other external factors that play into how long a quarterback is holding on to the ball? Factors like the length of the drop, formation, personnel, wide receiver route depth, the coverage of wide receivers, defensive pressure, etc.

I mean, that seems to make sense, right?

Not only does it make sense, but it’s true. These external factors play a huge role in how long a quarterback holds the ball. Wide receiver route depth, coverage downfield and pressure on the quarterback require watching the film to analyze. However, the length of the quarterback’s drop is something we can easily chart against the TBH. (Especially since I had the foresight to record it when doing my review!)

Drop length vs. the time the ball is held for Teddy Bridgewater against the Packers on November 22, 2015.

As you’d expect, the deeper the drop, the longer Bridgewater held the ball. And this makes sense, right? I mean, if it takes approximately 1.83 seconds for Bridgewater to get to the top of a 7-step drop and he averages holding on to the ball for a total of 3.78 seconds, that leaves him with 1.95 seconds to find a receiver and get rid of the ball. That’s not very long at all. And again, that average time is skewed by a few extreme values. (Bridgewater’s median time for 7 step drops was 3.30 seconds.)

So it looks like it’s pretty safe to say in this instance, Bridgewater’s TBH is heavily influenced by the length of his drop. But what about those other external factors? You know, the ones that require closely watching every play?

Yeah, let’s talk about those.

What The Film Shows

It became clear pretty quickly that plays with larger TBH had a lot happening completely out of Bridgewater’s control. There were only a couple of plays where it clearly looked like Bridgewater held the ball too long while there were options downfield to target or that he hesitated to pull the trigger on guys that were open. And consistently, there were three issues I kept noticing.

Bridgewater is not holding the ball for a length of time that should reflect poorly on his play. The data shows that Bridgewater is about average when looking just strictly at the numbers. The tape shows a quarterback who really doesn’t have a lot of options other than holding on to the ball. When Bridgewater is presented with a quick 1- or 3-step drop and his receivers run routes with lengths complementary to the length of his drop, it typically results in Bridgewater finding a relatively open receiver, making a quick decision and getting the ball there accurately. When Bridgewater is faced with longer developing plays behind an offensive line that’s a sieve and receivers who are running lengthy routes while closely covered, he tries to make a play himself. Sure, there were a couple of plays during the Packers game where it may have been a better decision for Bridgewater to take a sack when initially pressured and saving the yards he lost by scrambling backwards. However, it’s difficult to chastise him for trying to create plays when they aren’t there when it doesn’t work and applauding him when his evasiveness, deadly stiff arm and surprisingly effective spin move result in a big play.

Bridgewater has been far from perfect this season. But after this extensive exercise, I can comfortably say that the amount of time Bridgewater is holding on to the ball should not negatively reflect on his performance considering the above mentioned external factors.