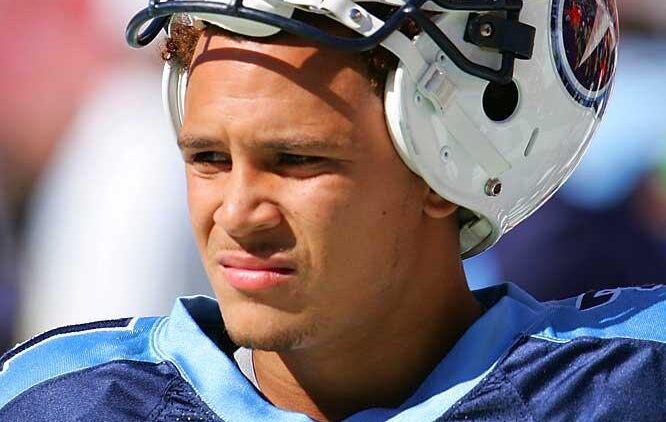 [Note: this is the first part of a series we will be doing here at Vikings Territory where we take a closer look at the individual free agents the Vikings could be targeting this offseason. Make sure to check back in the future for more free agents!]

There is no debate that one of the Vikings biggest areas of need this offseason is defensive secondary – specifically the position of cornerback. It is also no secret that Cortland Finnegan, one of the stronger cornerbacks in the league, does not think he will be back in Tennessee to play for the Titans next season. So, naturally, Finnegan has become one of the more popular choices amongst Vikings fans as someone who could be picked up and immediately fill a position of need.

Continue reading for our in-depth look at Cortland Finnegan.

Cortland Finnegan plays incredibly tough and has a tendency to fly to wherever the ball is. He seems to always remain healthy and avoid injuries – something the current Vikings secondary is incapable of. While he is not a ball-hawk, Finnegan is solid in coverage, good at coming up and making tackles against the run, and would be an immediate upgrade to the Vikings secondary. Finnegan is known for being a feisty scrapper and making some questionable decisions while on the field (see ‘Character Concerns’).

Cortland Finnegan is an unrestricted free agent in 2012. In 2008, he signed a four year, 16.8 million dollar contract with the Tennessee Titans. As one of the best, if not the best, defensive backs in this year’s free agency, Cortland Finnegan will expect to be paid a pretty penny. Because he is aging and his production tapered slightly in 2011, I would estimate that he would receive a little less than what he did in 2008. Probably somewhere in the range of 3 million/year.

As I’m sure everyone knows, Cortland Finnegan has made some (very) questionable on-the-field decisions during his time in the NFL, and has gained a reputation as a dirty player. Most notably, Finnegan was involved in a fist fight with Andrew Johnson after consistently antagonizing Johnson throughout the game. In 2010, he was fined multiple times for things like going after a Broncos player after he lost his helmet during a play and throwing the Giants Steve Smith down by his helmet. While it seemed that Finnegan somewhat corrected his behavior in the 2011 season, the Vikings would be taking a risk considering his history of character concerns.

Doing a quick search on Youtube for “Cortland Finnegan” shows you everything you need to know about the guy and how dirty of a player he really is. Personally, I don’t want someone like him on our team regardless of how good he may be. There are other [more respectable] free agents out there who could help our secondary out and I’d prefer we target them or choose to address the secondary in the draft.

Share your thoughts on picking up Cortland Finnegan in the comments below and make sure to check back for future looks into free agents the Vikings could be targeting.